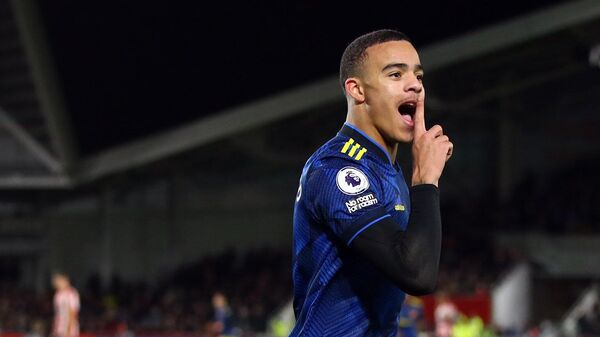 English football's most outrageous story of recent years is coming to an end. In January, rising Manchester United star Mason Greenwood was arrested by police on suspicion of domestic abuse, and the first hearing will take place at the end of November. For almost a year, the young Englishman has been suspended from training and matches, pending a verdict. The club even removed all t-shirts bearing their name from the company store. RIA Novosti Sport recalls the circumstances of the “fall” of one of the most talented English players.

Manchester United's academy is considered one of the best in England, but the first team has hardly had any bright pupils in recent years. We haven't seen players like David Beckham, Paul Scholes or Gary Neville, who were the face of the Red Devils at the turn of the millennium. For the moment, among the club's students who play regularly with Eric ten Hag, only Scott McTominay and Marcus Rashford can be singled out. It is difficult to call them the main stars of the team. Fans would like to see local players in bigger roles in the team.

High hopes were pinned on Greenwood, whose star lit up under Ole Gunnar Solskjaer. Jose Mourinho, who took the young striker on a pre-season tour of the United States in the summer of 2018, has started to let the player into the base. But it was under the Norwegian specialist that 17-year-old Greenwood played for his home club for the first time, and immediately in the Champions League.

Greenwood came on as a substitute in the second leg of the Round of 16 against Paris Saint-Germain (3-1), becoming the club's youngest debutant in tournament history. A few days later, the striker launched his English Premier League career, and in May he played Manchester United's first game in the starting lineup. It became clear that the future leader of the team was growing in the camp of the Red Devils, which could not but please the fans.

Then everything goes ;is chained. By the following season, Greenwood had become a solid base player, having played around 50 games in all tournaments. Gone and the first goals. The striker has scored 17 goals.

The excellent statistics of those years allowed the player to gain the confidence of the club and take the 11th number in the team, which once belonged to the legendary Ryan Giggs. The young Englishman began to train even more and earned generous advances.

Greenwood's progress has also been noticed in the England national team, for which he made his debut in September 2020, as a substitute in the Nations League game with the Icelanders (1- 0). True, this trip eventually turned into a scandal. Greenwood, along with Phil Foden, brought the girls to the hotel, breaking quarantine rules, and got caught. Local police fined the players round and England head coach Gareth Southgate expelled both players from the squad for the next game.

At age Aged 20, Greenwood managed to play 129 games for Manchester United in all competitions, scoring 35 goals and 12 successful transfers. The striker has become a fan favorite and in the winter of 2021 the club rewarded him with a new contract until the end of the 2025 season and a salary of ;about £4 million a year. Who could have imagined that Manchester United's plans to raise a new star would be destroyed by a scandal? -do-tjurmy-talant-iz-mju-sjadet-nadolgo-8886ba9.jpg” alt=”From Champions League debut to jail, will Manchester United talent go to jail for long?” />< /p>